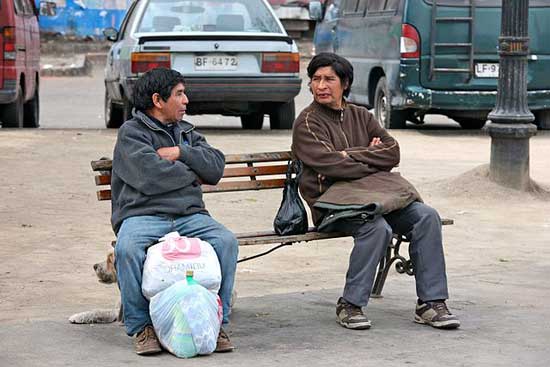 4 of the most common beliefs about body language are wrong

Body language reveals all – or so some ‘experts’ would have you believe.  The truth is, body language is riddled with ambiguities, exceptions and opportunities for misunderstandings.

There are countless studies you can read on the ‘science of non-verbal communication‘. But becoming fluent in body language is not just about recognizing specific gestures, movements and facial expressions, it’s also about understanding context. Depending on the situation, the same gesture can have a thousand interpretations.

Hence, some of the most commonly held beliefs about body language are in fact, untrue, except when they are applied in specific circumstances.

So, to clear things up we’ve busted 4 of the most common body language myths for you.

1) Body language accounts for 93% of communication

One of the most pervasive myths about non-verbal communication is actually based on two experiments conducted by Albert Mehrabian et al in 1967. In the first study, participants listed to a series of single words, each of which were spoken with a particular tone of voice (positive, negative, neutral).

In the second study, participant were also shown photographs of a person with a positive, negative or neutral emotional face. Combining the results of both experiments, Mehrabian concluded that when subject were asked to determine the emotional content of each word, the face conveyed 55% of the information, the voice 38% and the words just 7%.

Over the years, these results have been widely misinterpreted to mean that the vast majority (55% + 38% =93%) of communication is non-verbal. But clearly this is nonsense, as anyone who has attempted to watch a foreign movie without sub-titles will tell you. It’s highly unlikely you’ll be able to understand out 93% of the narrative just from the body language and voice tone of the actors.

The take-home point is not that Mehrabian’s research is in any way wrong, but that his findings apply only to a very specific type of communication, ie when It reflects the total message that is communicated when someone is talking about their own feelings and attitudes. In other situations, these numbers have no relevance. As Mehrabian said himself:

“this and other equations regarding relative importance of verbal and nonverbal messages were derived from experiments dealing with communications of feelings and attitudes (i.e., like–dislike). Unless a communicator is talking about their feelings or attitudes, these equations are not applicable.” Source

Another common body language myth is that a liar will never look you in the eyes. The truth, however is more likely the opposite. Pathological liars, such as sociopaths are more likely to be skilled in the art of manipulation and therefore have no problem in maintaining direct eye contact when telling lies. Tamara Hill, who has studied the psychology of the pathological liar says ;

“Some really experienced liars are good at giving you direct eye contact, seeming relaxed or “laid back,” and may appear very sociable. “Source

“In a legal setting I have seen police officers say to young African Americans, “look at me,” when the young men were being contrite and humble. This lack of understanding and ignorance can have mild social effects but it can also escalate into uglier permutations where individuals are shunned or accused of something merely because they were exercising eye aversion.” Source

3) Crossed arms is a closed gesture

It doesn’t take a psychologist to tell us that crossed arms usually indicates a lack of openness. Folding your arms in front of your body is such a universal gesture, we take it for granted that it can only signify one type of emotion; defensiveness, hostility, detachment. In other words, negative emotions, not positive ones.

As it turns out, people cross their arms for many other reasons including feeling cold, tiredness or if they’re sitting in a chair with no arm support. In addition research has shown that crossing your arms aids concentration and perseverance.

So next time you see someone with their arms firmly crossed, don’t automatically jump to the conclusion that they’re shutting off from the world. They might just be cold, or thinking deeply.

This belief came about as a result of neuro-linguistic programming or NLP, a system of thinking invented in the 1960s. NLP, which is still practiced all over the world, is used as a form of therapy, a school of self-improvement, and a tool for improving business communication skills.

The founders of NLP brought attempted to marry a wide range of disciplines including mathematics, linguistics, neuroscience, psychotherapy and even computer programming into a cohesive system of thought. Whilst it continues to attract followers, NLP is now largely dismissed by the scientific community as having any credible evidence to back up its claims.

One of these claims is that a person’s eye movements indicate a direct link to their thought patterns. Despite any real evidence, this idea seemed to take hold of the public imagination, and even made its way to Hollywood in the Samuel Jackson movie, The Negotiator. (see clip below – be warned about the 18+ language)

In a series of studies conducted in 2012, titled The Eyes Don’t Have It: Lie Detection and Neuro-Linguistic Programming, the myth was finally laid to rest. The study found no correlation between lying and eye direction.

Nevertheless, despite his particular claim being debunked, it seems the founders of NLP may have been seeking answers in the right places. Earlier this year neuroscientist turned author Mo Costandi described how modern research into the brain confirms that eye movements do in fact betray our thoughts. Costandi describes several studies which suggest that eye movements can; facilitate memory retrieval, predict what number a person has in mind, and even tell if somebody will say yes or no.

Perhaps we’ve known all along. The eyes really are a window to our souls.