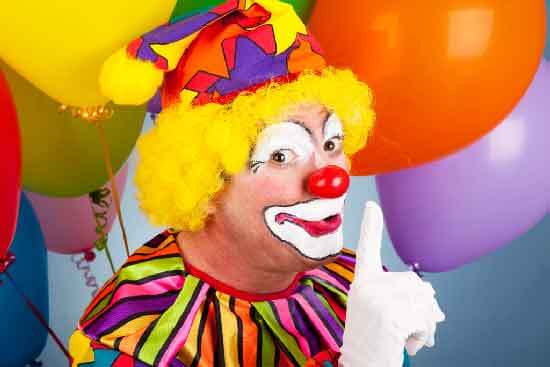 9 of the most unbearable psychology experiments you could imagine

Have you ever thought of getting involved in a psychology study, whether to make a little cash to contribute something to society or just to pass the time? Before you jump into being a test subject in a psychological experiment, be aware that not all experiments are pleasant or fun. Some are designed to investigate the darker and more disturbing aspects of behavior.

It’s unlikely whether or not all of these studies would be permitted now. Ethical guidelines have changed dramatically through the years. Yet, it’s still a good idea to find out as much as you can before you agree to participate. Here are 10 studies you’ll be glad you weren’t involved in.

1)  Picture Your Own Death…In Detail

When: 2007
Where: Kentucky, US
Purpose: To study the effects of existential threat.
Setup: Participants were told to describe their thoughts and feelings about dying and then describe their own death in detail ie what they thought would happen to them when and after they died.
Task: Complete word stems such as “jo_”
Outcome: People who thought about their own death first were more likely to fill in the blanks to make positive words like “joy.” The researchers said “Death is a psychologically threatening fact, but when people contemplate it, apparently the automatic system begins to search for happy thoughts”
Read More: From Terror to Joy: Automatic Tuning to Positive Affective Information Following Mortality Salience Link

2) Forced To Do Nothing…Absolutely Nothing

When: 1957
Where: Montreal CA
Purpose: To study sensory deprivation.
Setup:   Subjects are left alone in dark for 48 hours in a sound-proofed room. Others, meanwhile are given goggles and foam cuffs, while white noise is piped into their ears.
Task: Stay in this setting, lying in bed for as long as possible
Outcome: Participants had disturbing mental effects, including intense irritation, paranoia and even hallucinations. Eventually the scientific establishment decided the experiments to be too cruel and they were discontinued. The BBC recreated the controversial study in a 2008 documentary.
Read More: The Pathology Of Boredom (article) Link

3) Embarrass Yourself To The Extreme

When: 1975
Where: China and Singapore
Purpose: To study the effects of embarrassment.
Setup: Students told to go into room where other students would observe them behind a one-way mirror.
Task: Do four embarrassing things, including imitating a 5-year old having a tantrum, turning on a record player and dancing, singing The Star Spangled Banner, and laughing for 30 seconds as if they just heard a hilarious joke.
Outcome: Students who did these embarrassing things were more likely to help others when asked than students who didn’t.
Read More: The Effect of Embarrassment on Preferences for Brand Conspicuousness: The Roles of Self-Esteem and Self-Brand Connection Link

4) Lie In A Brain Scanner….With A Live Snake

When: 2010
Where: Israel
Purpose: To study how the brain handles fear.
Setup: Students with a fear of snakes were told to lie in a brain scanner. Inside the scanner was a button which would send a snake into the scanner with them. The scanner would monitor their brain activity.
Task: Push the button and let in the snake
Outcome: When students let in the snake, activity increased in a part of the frontal cortex of their brain called sgACC. At the same time, fear decreased as the amygdala became less active.
Read More: Fear Thou Not: Activity of Frontal and Temporal Circuits in Moments of Real-Life Courage Link

5) Take Of Whiff Of Some Dirty Diapers

When: 2006
Where: Australia, Seattle, US
Purpose: To study disgust.
Setup: Mothers and their babies arrived at the lab.
Task: Mothers had to sniff successive pairs of buckets with dirty diapers. One bucket of each pair was from their own baby while the other was from someone else’s baby.
Outcome: Mothers found other baby’s waste far more disgusting than that of their own babies.
Read More: My baby doesn’t smell as bad as yours. The plasticity of disgust Link

6) Bring Your Partner To Orgasm… In A Brain Scanner

When: 2013
Where: The Netherlands
Purpose: To study pituitary gland function.
Setup: Women arrived at lab with their sexual partners.
Task: Women were told to lie in brain scanner while their partners stimulated them to orgasm.
Outcome: When women had orgasms, the blood flow to their pituitary glands increased, while men’s didn’t.
Read More: Female orgasm but not male ejaculation activates the pituitary. A PET-neuro-imaging study Link

8) Answer These Questions….With A Full Bladder

When: 2013
Where: The Netherlands
Purpose: To study inhibitory signals.
Setup: Participants drank 5 cups of water and waited 45 minutes.
Task: Answer questions about whether they would take smaller rewards now or larger rewards later.
Outcome: People who had a full bladder tended to be more conservative in their choices than those who didn’t.
Read More: Inhibitory Spillover: Increased Urination Urgency Facilitates Impulse Control in Unrelated Domains Link

9 Swallow This Balloon….. So We Can Inflate It Inside Of You

When: 2009
Where: Manchester, UK
Purpose: To study pain.
Setup: Participants swallowed a deflated balloon.
Task: Researchers inflated it until it caused them pain (depending on their pain threshold).
Outcome: Participants who had a neurotic personality had a higher heart rate variability, indicating higher parasympathetic nervous system response.
Read More: Exploring relationships for visceral and somatic pain with autonomic control and personality. Link

So next time you’re thinking about volunteering your services for a psychology study, make sure you get all the details beforehand…