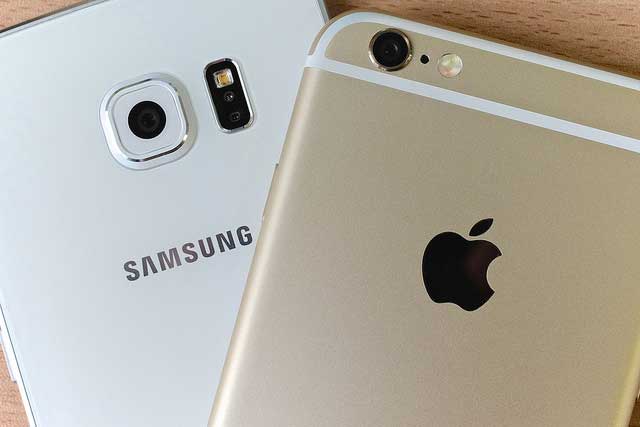 The psychology of Android vs Apple

When it comes to choosing a new smartphone, people are split between two main tribes. Apple fans and Android devotees. Often, you’ll find these tribes at war, in heated debates and discussion forums around the world. So why do people get so attached to such seemingly trivial differences?

Our rational brains tell us that we choose by weighing up tangible benefits and disadvantages; ie price, number of features, whether or not the phone comes in shocking pink. Etc. Etc.

But psychologist Mark Coulson suggests there are other subtle, hidden reasons why we we pledge our allegiance to technology and brands. And some of it stems from a common psychological heritage we share with our caveman ancestors. Watch the video to find out more.

Android and Apple users each form a distinct group of enthusiasts. But, this is no new phenomenon. It started in prehistoric times. Here’s what Coulson has to say about it.

“Prehistoric humans had to stick together as a group. We are a pack animal.”

And, this type of group membership is a significant part of what makes us who we are as humans. In Coulson’s words:

“Group membership is an incredibly important thing. We are a social species. We are designed to operate in groups.”

One reason belonging to a group feels so natural to us is that forming groups has always been important to human survival. In the brutal prehistoric world, it was an absolute imperative to form groups.

“We are an animal that hunts in groups. The best way to ensure we have a successful strategy is to have processes in place that keep groups together.”

We not only like the things our own group does, but we also see only the negative features of other social groups. This can make for some extremely uncomfortable social situations.

“One of the things that goes alongside group cohesiveness is some sense of differences from the other group. This could translate into disliking or even aggression.”

So, what can we do about the constant friction between our own ingroup, whether it is Apple or iOS users, and the other group? One positive step we can take is to see the outgroup from an ingroup perspective. After all, both groups have their advantages.

“If we are people who have bought into iOS or Android, then these are both fantastic tools – they’re wonderful – [they] allow us to do things that are really valuable.”