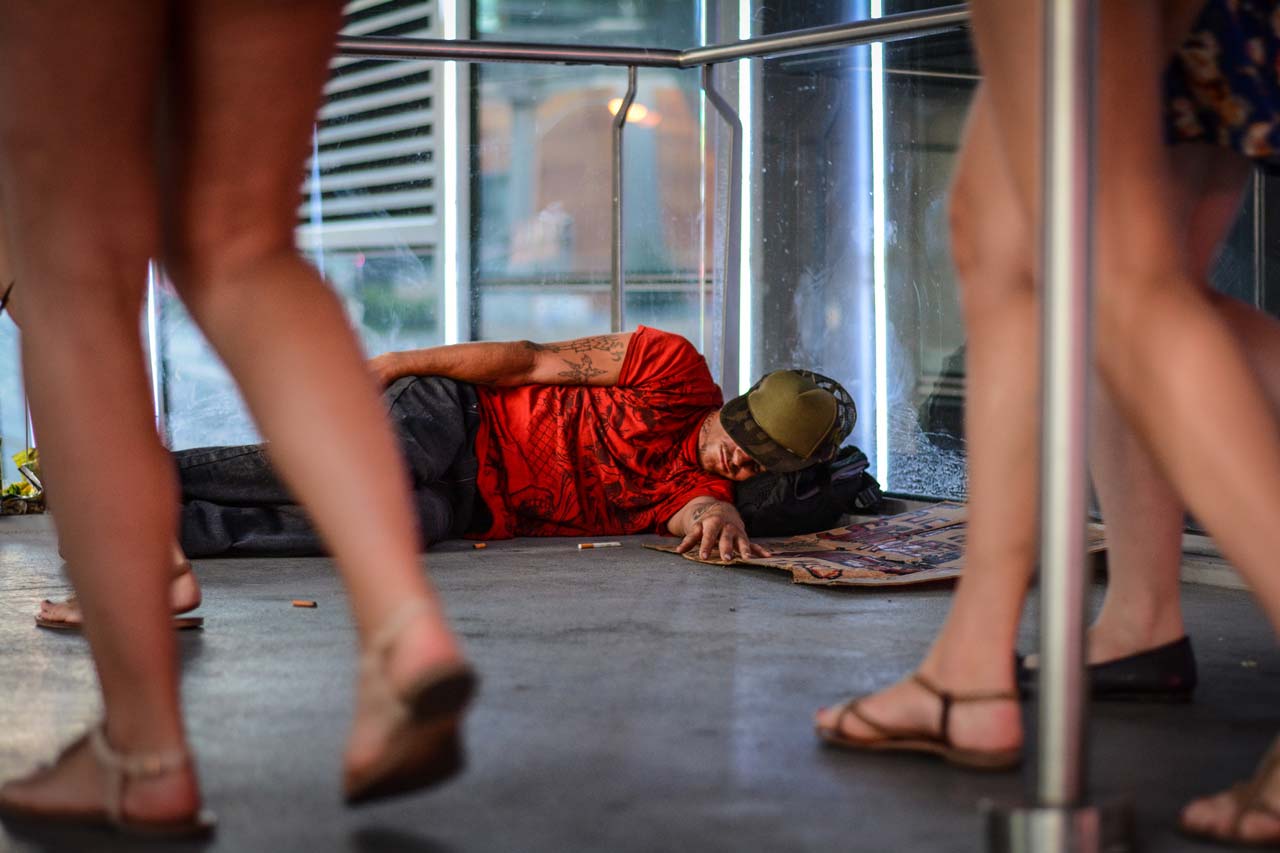 The more people witness someone’s distress, the less likely it is that any one individual will offer assistance.

On a spring morning in 2010, near the corner of 144th Street and 88th Road in Queens, New York , an argument broke about between a man and a woman. As the dispute escalated it became clear that this was not an innocent domestic incident.

The first of several 911 calls, shortly before 6am, reported hearing a woman screaming. The man, it turned out was brandishing a knife.

Nearby, a bystander, Hugo Alfredo Tale-Yax heard the screams. In an act of bravery he confronted the knife attacker, only to be stabbed several times in the chest. Tale-Yax,a 31 year old homeless immigrant from Guatmala, collapsed to the ground.

Several people stopped to briefly gaze at the body, including one who even snapped a picture on his cameraphone. Another stooped down to shake the body – revealing a pool of blood beneath – before walking off again.

At 7.21, over an hour after the fatal stabbing, another 911 call led police to discover his dead body.

Why did this happen?

As the news broke, citizens expressed shock – not because another murder had been committed – but at the reaction of the passers-by. How could anybody callously ignore the fate of a man bleeding to death on a public street?

Perhaps people were too busy going to work; maybe the sight of a homeless man lying in the road was too common to warrant sufficient alarm?

John Darley, a professor of psychology at Princeton University who has written about similar incidents, hinted at a more fundamental problem,

“I’m afraid what we’ve got here is a situation of people failing to help, and the failure appears to be a moral failure,”

Professor Darley may be right, however,if we delve a little deeper into this type of behaviour, things become a little more disturbing and complicated.

Would you be a Good Samaritan?

Contrary to our beliefs that we are inherently good-natured, and would go out of our way to help someone in distress, psychologists say that in certain cases, we the exact opposite is true.

This phenomenon has is known in psychological terms as diffusion of responsibility, or more commonly, the Bystander Effect.

Why do we walk on by?

The answer it seems, can be reduced to one simple factor – the presence of others.

Repeated studies have shown that:

The presence of a crowd seems to innoculate us against a sense of moral responsibility. If I don’t help out, surely someone else will step in at some point. The problem with this reasoning is that often, nobody ends up intervening, and we know how that can turn out.

The power of conformity

Another aspect to the Bystander Effect is the social pressure to conform in a group setting. This demonstrates the powerful influence of group dynamics. If nobody around you is reacting, then people act as if everything is OK. This was demonstrated by psychologists in a series of experiments on conformity in 1970.

Participants were asked to fill out a questionnaire. After a few minutes, the researchers started billowing smoke through an air vent in the wall. In two versions of the experiment, those who were in a group setting took on average 20 seconds to raise the alarm, whilst those who were on their own however, took only 5 seconds.

How to beat the bystander effect

As the research shows, we don’t ignore people in distress because we’re evil, or selfish. It’s just a part of our psychological makeup.

Rather than being surprised or judgmental towards this nonchalant behaviour, we should expect others to walk on by, or gaze around the room, hoping someone else will make the first move.

Armed with this knowledge, here are a few everyday situations where you can practice being helpful, rather than a bystander:

By making a conscious effort to pay more attention to those around you, you’ll start to cultivate a higher degree of empathy. But in order to effect lasting change, you’ll need to turn your new attentiveness into a daily habit.

The key is to remember that most people are not mindful of the bystander effect. Therefore, armed with your new knowledge, you have a duty to help.

It’s not difficult to implement. Helping others is not only the right thing to do, it also makes you feel good. So everyone’s a winner.

And more importantly, maybe one day you could end up saving somone’s life….