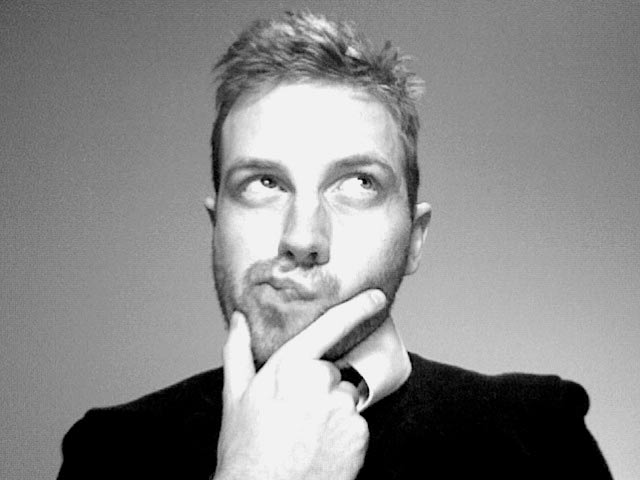 In order to cope with the vast amount of information we encounter every day, our brains are constantly using ‘shortcuts’ to simply our actions and decisions. One of these tricks is to rely on information that strengthens our previously held beliefs. Unfortunately, this can lead to thinking errors as we overlook important, often pertinent evidence. This is known as the Confirmation Bias. 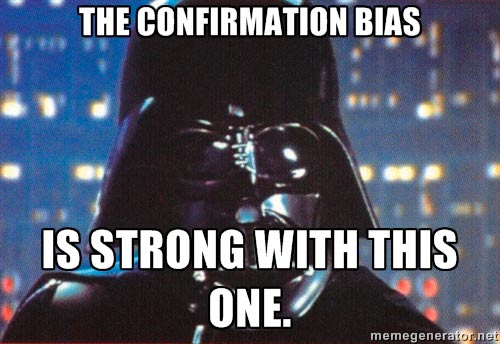 Take a quick look at the image below. If the horizontal line first caught your eye, you saw the middle symbol as “B“. On the other hand, if the vertical line got your attention first, the middle symbol looked like a “13“. Although the symbol could easily be both; we interpret is to fit our expectations.

This is why people who spot “A” and “C”, interpret it as “B”; and people who see “12” and 14″ interpret it as “13”. This happens because our brain looks for information that confirms (rather than refutes) our assumptions about what the sequence is –  a cognitive bias called the “Confirmation Bias“.

The Confirmation Bias, or Confirmatory Bias is a trick the mind uses to bolster our existing opinions and knowledge. It makes us pay closer attention to evidence that supports (as compared to evidence that refutes) an opinion or piece of information we already have.

Thus, we listen more carefully to the arguments of the political party we support, focus on reviews and research that supports our beliefs, and discuss our concerns with people who share our opinions.

When under the spell of the confirmation bias, we are also more likely to remember instances that support our side of an argument rather than conflicting opinions; simply because we were more likely to pay attention to them.

Why is Confirmation Bias so common?

In an age of reason, this apparently irrational behaviour seems like an aberration, a critical flaw in our thought-making processes. However, in evolutionary terms, confirmation bias turns out to be incredibly useful as it helps us construct patterns in our decision-making, and to ‘fill in the gaps’ when we don’t have all the information at our disposal.

These types of heuristics, or shortcuts, probably helped our ancestors survive a lot of life or death situations. Why bother figuring out whether a snake is venomous or not, when it’s safer to assume that all snakes are venomous and take appropriate cautionary measures. It’s no surprise then, that confirmation bias is such a common part of the human experience.

One of the reasons we fall prey to the confirmation bias is that “Yes” is so much nicer to hear than “No”. Thus, we prefer to ask questions that elicit a “Yes” response. We like to be right; even if the assumption is an uncomfortable one.

The problem here is, the moment we make such an assumption in our mind, it immediately distorts our information gathering system. This means that it can often be very difficult for a single person (or even a group with no outside perspective) to spot and correct a confirmation bias.

Do you want to check if you automatically look for confirming evidence? Check how often you get the response ‘NO’ on this test!

Stories are more persuasive than facts

Another reason is that we remember stories (anecdotal evidence) better than dry facts – even more so when the stories are our own. Events in our memories are loaded with emotional, visual, and social information (which makes them interesting enough to seem important); and will typically have an emphatic end result.

Statistical or scientific data on the other hand, is rather impersonal, and sometimes ambiguous. Thus, we are more likely to trust experiences over facts and figures.

How does confirmation bias affect our lives?

Confirmation bias has such a universal effect it informs every aspect of our decision-making, from buying detergent to serious financial investments. It impacts our choices in health-care, education and in our professional lives.

It affects how we view other people and how we  interpret their actions  – based on the stereotypes and prejudices that we hold about their race, gender, sexual orientation, or any other characteristic.

Confirmation bias colors our interpretation of ambiguous situations. It plays a role in how we view political candidates. It determines what new information we absorb and even what we remember. And it can blind us to chances and opportunities that our prejudices and perceptions just won’t accept.

Perhaps the main reason the confirmation bias is important, is that it is extremely durable. Once we have developed an opinion about something, it endures even in the face of contrary information – just because it got in first!

The moment we form this opinion, it starts acting like a filter, and we pay more attention to confirming information than to conflicting evidence. Now, even the smallest tit-bit of supporting information is enough to strengthen them. This is called Belief Perseverance.

What really helps this process along, is our completely unconscious tendency to trust our own mind above someone else’s. We all tend to consider our own knowledge and opinions as better informed, more objective, and more effective as compared to those of others. This is the Endowment Effect, which makes it difficult to focus on refuting evidence over conforming evidence.

So the lay man is susceptible to the confirmation bias. But shouldn’t scientists be insulated from it? After all, isn’t the whole point of science about being objective? Unfortunately, when data indicates a clear trend, scientists can often fall victim to their confirmation bias.

But facts aren’t always black-and-white. The data may support both sides of an argument. Hence the scientist’s own bias can influence the research  coloring the way the facts are presented.

Other times, scientists and doctors may start their investigations with an assumption. Instead of exploring all aspects of the research, they only ask questions that gather support for their assumptions. This can be dangerous, for instance when doctors don’t don’t have an open mind, or when scientists don’t look for alternative explanations for their observations.

How to avoid Confirmation Bias

While difficult, it is not always impossible to escape the confirmation bias. But there are a few tricks we can use to minimize the effects of our own personal biases:

Be aware: The first step is to be aware that anyone of us can fall prey to confirmation bais. Once we accept that, we become just a tad more aware of how we think. Increased awareness make you more open to change our opinion when you gain new information.

Listen to the dissenters: It’s vital to listen to, and read arguments that don’t support your preconceptions. Ask a friend who disagrees, or try to build an opposing argument. This helps you step back and gain perspective.

Seek the minority view: If you find yourself agreeing with a majority decision, find out the opinions and motivations of the minority.

Ask neutral questions: When we ask questions that are loaded towards one side of the argument, we are more likely to get a confirming response. For example, instead of asking “are you feeling good/bad?”; ask “how are you feeling?”

Keep doing it: Don’t rest on your laurels. A lot of times new information keeps coming in on a subject. Stay updated to update your opinions.