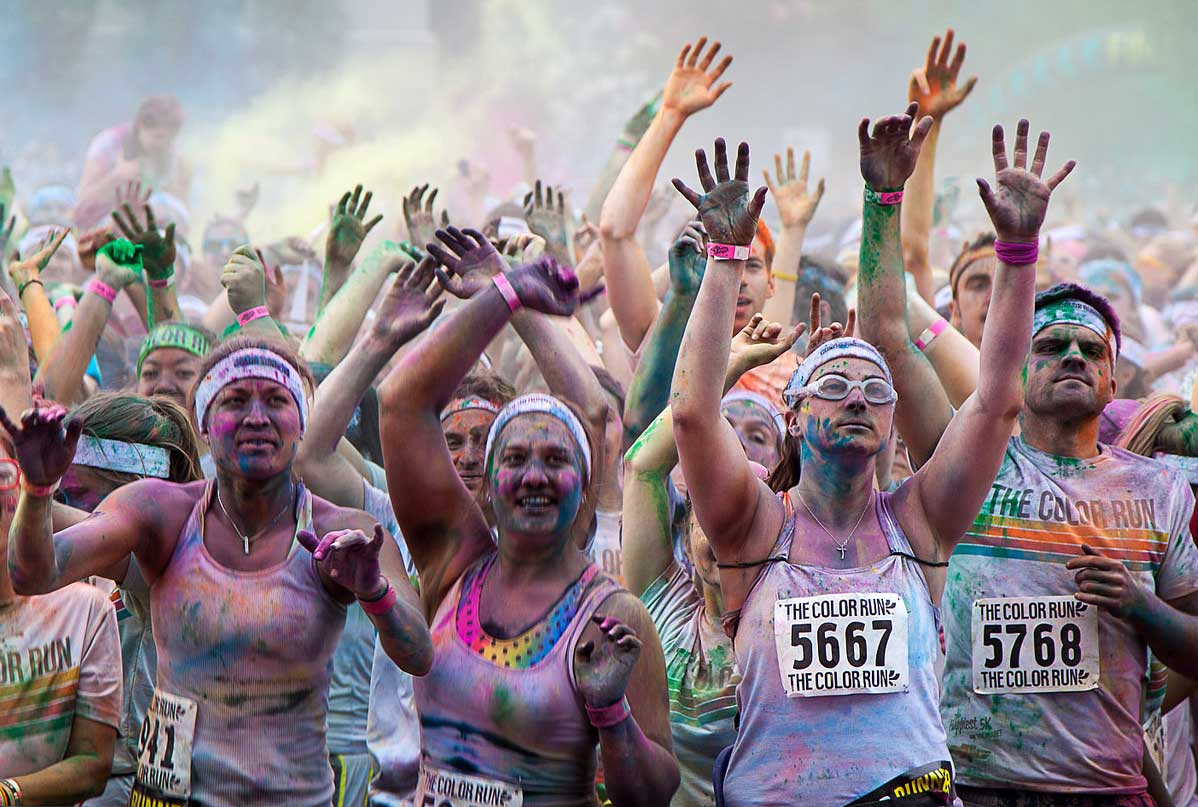 In the 1970s, scientists discovered a colour that seemed to exhibit an almost magical calming effect

Alexander Schauss, a psychologist from Tacoma, Washington, specialised in the field of colour theory. In the late 1970’s he began a series of experiments to test what the effects of different colours might have on human behaviour.

His experiments revealed that one particular colour had an amazing effect. It seemed to magically induce a feeling of relaxation and calmness. Schauss called it a ‘non-drug tranquilizer.’

What was this magic colour? Scroll down to reveal….. 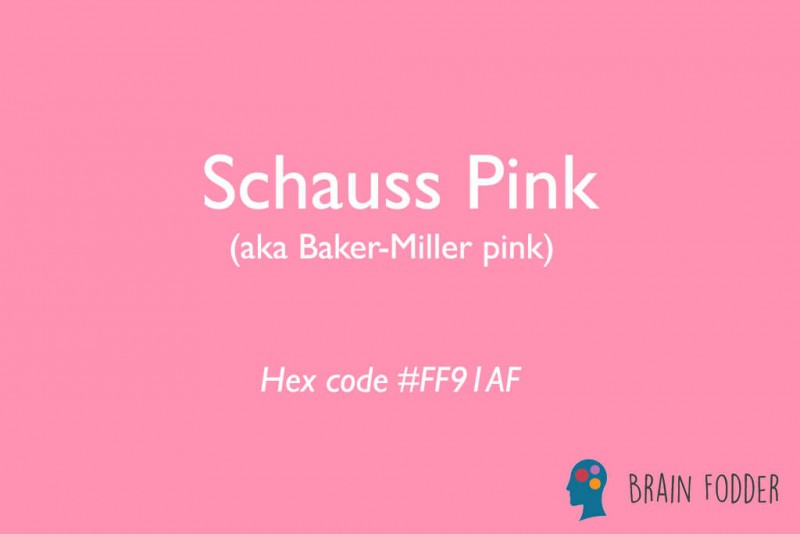 That’s right. The magic colour was a particularly lurid shade of pink. The study involved subjects being shown coloured sheets of cardboard, placed about 15 inches from the subjects eyes. Schauss described the results in the journal Orthomolecular Psychiatry:

Next, place the pink construction paper about 15 inches in front of the subject’s eyes. Repeat the resistance test. The subject experiences a significant loss of muscular strength.

Finally, place a blue construction paper at a similar distance from the subject’s eyes. Strength returns and the subject shows no evidence of the earlier loss of muscular strength.”

Schauss began a series of public lectures to describe the miraculous tranquilizing powers of this bubblegum shade of pink.

At one demonstration filmed for TV, a muscle-bound body builder performed an effortless demonstration of bicep curls. After staring at a sheet of pink cardboard his strength failed, and he was subsequently unable to perform a single curl.

Given the dramatic effects, Schauss suggested that prisons should consider painting holding cells pink in order to calm violent detainees. Schauss reasoned that:

Even if a person tries to be angry or aggressive in the presence of pink, he can’t. The heart muscles can’t race fast enough. It’s a tranquillising color that saps your energy” Source

Two enterprising officers at the US Naval Correction Centre Facility, Gene Baker and Captain Ron Miller, decided to put it to the test.

After painting one of their holding cells pink, they were astounded when angry and irate inmates would enter the holding cell, and then 15 minutes later they became calmer and more passive. 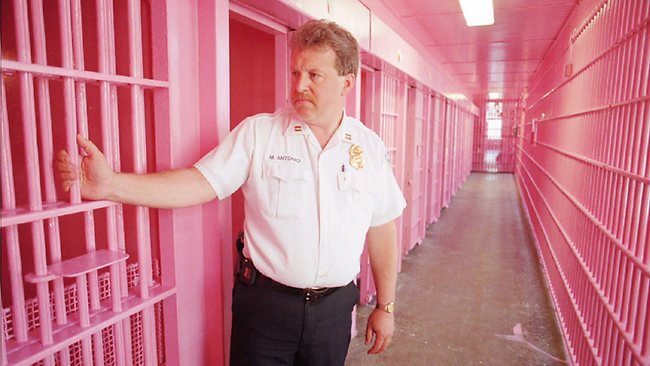 Soon jails all over the United States started to paint their walls and bars bright pink. Prison officers continued to report the transformative effect of pink.

Up until today, the legacy of pink prisons remains. In Mason County prisoners wear pink jumpsuits, pink slippers and sleep on pink sheets.

From prisons to locker rooms 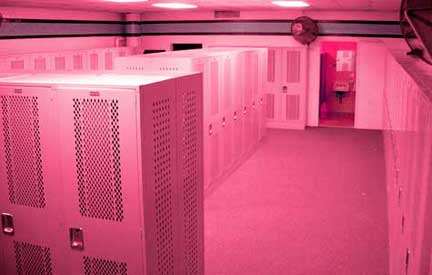 Adam Alter, Professor of Marketing and Psychology at NYU wrote about the effect in his bestseller Drunk Tank Pink:

So, does it really work?

The results of Schauss’ original research have never been reproduced in full. Follow up studies have yielded conflicting results.

And despite the wealth of anecdotal evidence, the non-drug tranquilizer effect has never been shown to last for more than 15-30 minutes.

So it seems the jury is still out. Despite the countless litres of pink paint adoring jail cells and locker-rooms, we still can’t be sure whether Baker-Miller Pink is a real scientific phenomenon or just a curious blip on the cultural landscape.