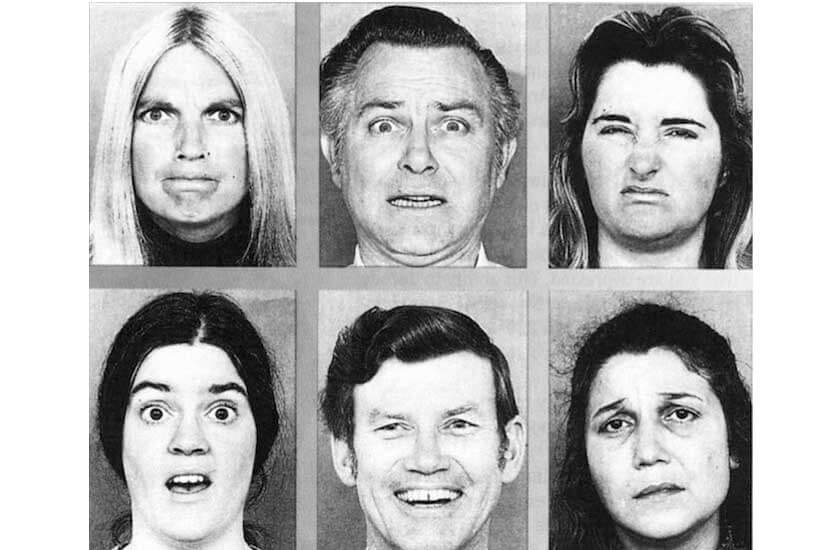 In 1967, Paul Ekman, a young psychology researcher took a plane journey to one of the most remotest places on earth. He arrived in Papua New Guinea to study the Fore people, a Stone Age, pre-literate society who, up until 1950, had virtually no contact with the outside world.

Unexposed to mass media or modern Western cultural influences, the Fore made ideal research subjects. Ekman hoped that studying these tribes would prove his hypothesis – that all humans share a universal set of basic emotions.

Sure enough, in 1972, Ekman published what later became a seminal piece of research. The isolated Fore tribes used exactly the same set of facial expressions to express emotions as every other Western and non-Western culture that Ekman and his colleagues had studied. Ekman called these the six basic emotions.*

The contempt face, Ekman observed, is marked by the corner of the lip being pulled back and slightly upwards. A mild sneer. Interestingly, it’s also the only asymmetrical universal facial expression.

Contempt is related to anger and disgust, it’s a negative emotion, but crucially, contempt incorporates an element of superiority. According to philosopher Robert C. Solomon,

“Contempt is a judgement against another person of the most severe nature;it finds him worse than offensive, rather vile or repulsive…. [and]constitutes the other as decidely inferior, if not as some subhuman creature unworthy of human consideration”

Studying emotions in the ‘Love Lab’

At around the same time Ekman was studying facial expressions, Dr John Gottman, a mathematician turned psychologist was turning his attention to the ‘micro-behaviours’ of romantic couples.

In the 1980’s and 90’s Gottman, (now a world authority in relationship psychology) spent thousands of hours videotaping ordinary couples in a unique laboratory , nicknamed the Love Lab.

After analysing the interactions of more than 3000 couples, Gottman made an astounding claim. He believed he could predict with 94% accuracy whether a couple would get divorced just by looking at an hour of video tape.

Gottman later devised his concept of the Four Horsemen – the four types of destructive behaviour that are mostly likely to lead to the breakdown of a relationship. These are:

Contempt: the most dangerous emotion

According to Gottman, contempt is by far the most dangerous. In four decades of research, he has found it to be the number one predictor of divorce.

“You would think that criticism would be the worst….But if I speak from a superior plane, that’s far more damaging, and contempt is any statement made from a higher level. A lot of the time it’s an insult: ‘You are a bitch. You’re scum.’ It’s trying to put that person on a lower plane than you. It’s hierarchical.”

How to tackle contempt in a relationship

Contempt might sound like the death knell of a relationship but it’s not all bad news. Even if, as a couple you identify with the Four Horsemen, it doesn’t mean you are heading for a break-up.

Gottman’s research also found that what determines a relationship’s success is not only how couples fight, but also how way they make up afterwards.

A 1998 follow-up study found that over time, 83 percent of couples that showed signs of the Four Horsemen ended up with stable relationships, as long as the couple learned to make up successfully after an argument.

So armed with this knowledge, if you suspect your relationship might be heading for the rocks you know what to look out for.

*New research suggests that there may be only four, not six basic emotions. However, Ekman was the first to prove that humans, all over the world shared a universal set of emotional expressions.