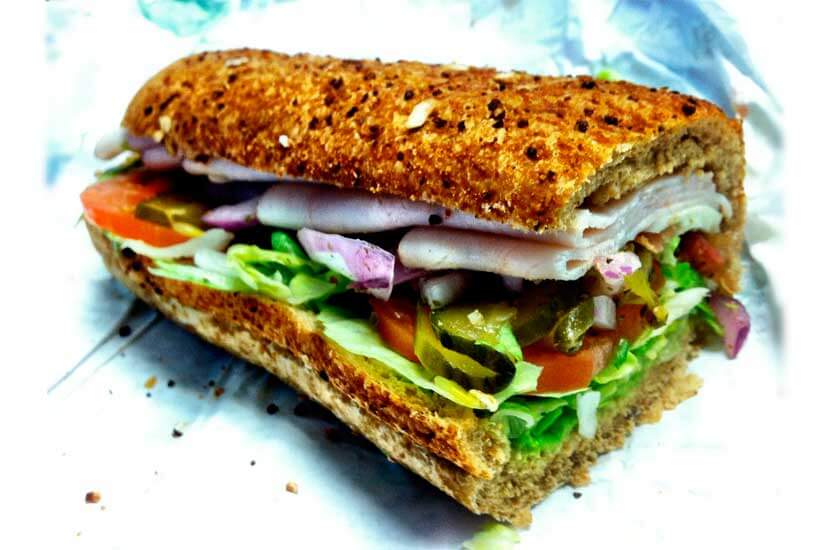 Don’t be tempted into ordering ‘healthy’ fast food. It might be more unhealthy for you

You feel great about yourself when you order something “healthy” at your fast food store. But the healthy option might be just as bad for you as a triple bacon cheeseburger, fries and a Coke. Why? You’ve come under the spell of the health-halo effect.

We like to think we’re in complete control of our decision making, but that’s not how our brains work. We are constantly taking mental shortcuts, using inbuilt biases which are supposed to improve the efficiency of our choices and actions.

One of the areas that relies on mental shortcuts is deciding what to eat. For instance, we might decide that food is more healthy because it’s labelled as natural or organic, when in fact these terms can be deliberately misleading.

Another example is where consumers confuse ‘low-fat’ with ‘low-calorie’. But foods labelled as low-fat might instead be loaded with sugar, making them extremely high in calories.

When people overestimate the healthiness of a food item because of these types of  judgements, it’s known as the health-halo effect. Researchers have found that this effect causes people to consume larger portions,  perhaps and may even be a cause of obesity.

“People pretty much see the entire place [Subway] as much healthier than they do the more indulgent burger places like McDonald’s…Everything that goes on there says ‘fresh healthy, fresh healthy.” Well not everything is very healthy, but we generalize to the entire menu.”

Comparing the nutrition tables for both restaurants it’s easy to see how consumers can get confused. A 6-inch Subway tuna sandwich has 480 calories – that’s 960 for a foot-long, whilst Big Mac is a bit less, at 890 calories.

But  the calories don’t stop with the sandwich itself, either. Because you consider the sandwich as healthy, you’re more likely to add a cookie and a soda. People who eat at McDonalds however are not under the health-halo so they’re less likely to order sides with a Big Mac.

A 2013 study provided further research to support the health-halo effect. 186 participants were asked to serve themselves what they considered to be a suitable sized portion of different food items including coleslaw, cereals and drinks. The items were either ‘standard’ products, or ‘healthier’ varieties (ie low-fat).

Although the products marketed as healthy contained exactly the same calories as the standard item, participants served themselves portions that were between 29% and 71% larger than the standard portions. Principle researcher Barbara Livingstone said:

This study supports what is described by many as ‘the health halo’ effect; that is, that consumers perceive these products to be healthier and with less calories than the ‘standard’ version food. They see them as representing the less guilty option and so eat more of them.

“Unbeknownst to the consumer, the reduced fat is often compensated for by other ingredients such as sugar to maintain the taste and textural properties…In fact, the consumption of low fat foods is often associated with a higher intake of carbohydrates and sugar, along with a higher overall energy intake.”

How to Get a Real Healthy Halo

Of course the best way to stay healthy is to completely avoid fast food in the first place. But if you’re caught on the hop, and there’s nowhere else to eat here are some tips to beat the health-halo.

You can choose to eat healthier options at fast food places. All you have to do is be aware of the real calorie count of the entire meal. You’ll be more satisfied with both the food and the healthy decisions you’ve made.