If you’re like me you love discovering new words in books, in everyday conversation. Expanding your vocabulary just feels… nice. Like you’ve done something good for your brain.

And having new words in your linguistic armory is a useful tool whenever you want to explain concepts that are hard to do in more mundane, common language.

But here’s the problem. What happens when you come across a new word in a novel, in an article… and you look it up, and you love the new word…. but you have no idea how to pronounce it??

Well, rest assured you’re in the right place. Because here are a few of my favourite, not so common words, with difficult or ambiguous pronunciation.

So, whether you’re a non-native English speaker looking to increase your foreign language vocabulary, or you’re just addicted to learning new words that can make you sound smarter and form more convincing arguments, here are some of my favorite difficult to pronounce words.

How to pronounce aesthetic 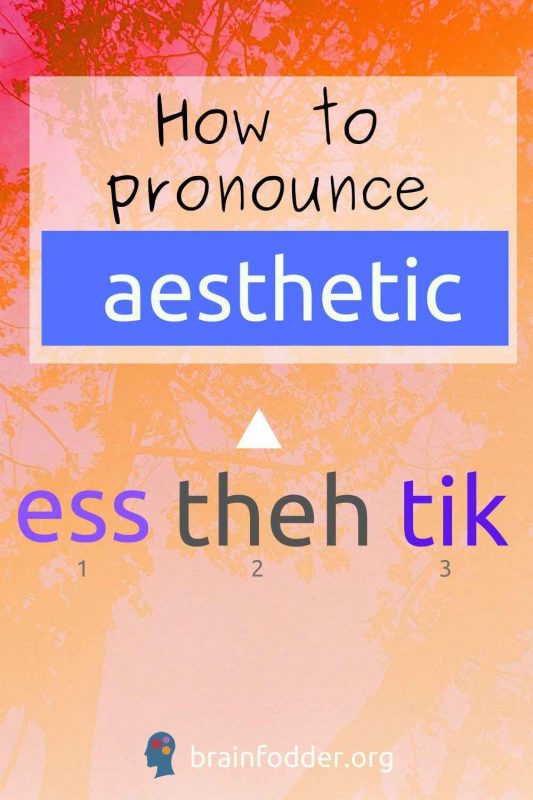 I love this word. It can be used as a noun or an adjective and broadly refers to something that is pleasing to the eye or senses.

When used in the plural, ‘aesthetics’ can also be used to refer to a branch of philosophy that deals with the nature, creation and appreciation of beauty and art.

It’s not quite the same but you can use the word ‘artistic‘ in place of aesthetic sometimes. Or pleasing

How to use aesthetic in a sentence

Here are a few examples of how to use the word aesthetic in every day language:

My cousin has a vintage aesthetic in terms of his fashion choices.

The salads in this restaurant have a very particular aesthetic.

I love hiking in the mountains, because I can experience the aesthetic beauty of nature

How to pronounce succinct 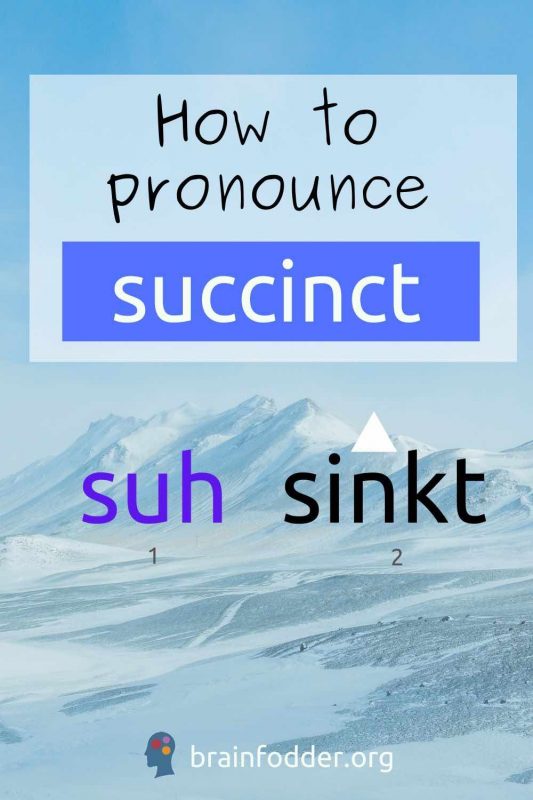 brief, concise, to the point, sparingly

How to use succinct in a sentence

Here are some examples of how to use the word succinct in everyday language:

He explained the directions to the airport in a succinct manner.

The documentary provided a succinct account of the historical events leading up to the war.

How to pronounce prejudice 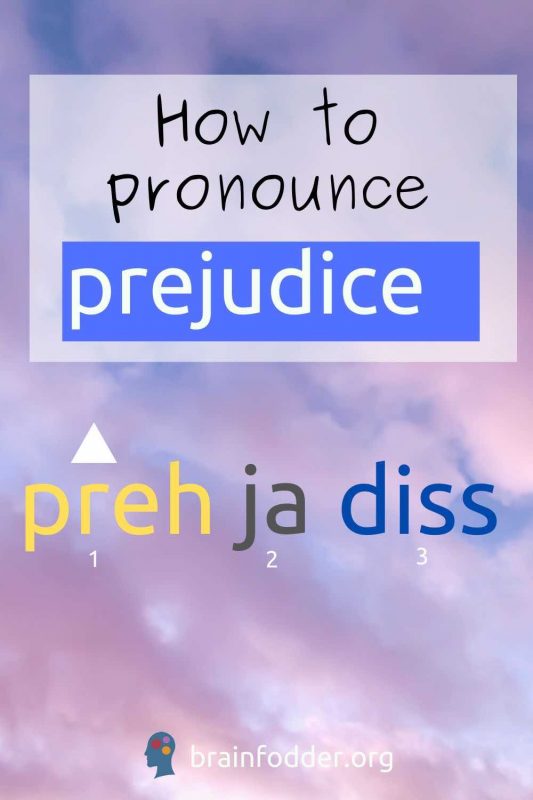 Prejudice can be used as a noun or a verb. It describes a preconceived opinion, judgement, dislike or preference for a group of people or things, over another.

Racism is probably the most commonly form of prejudice. Fortunately you can take this racism test to find out if you’re prejudiced in any way.

When used as a verb, to prejudice means to influence an outcome by biasing, or prejudging a situation.

How to use prejudice in a sentence

Some examples of how to use the word prejudice:

Please put your prejudices aside and make a fair decision

Our country has a long-held prejudice against its neighbors

How to pronounce poignant 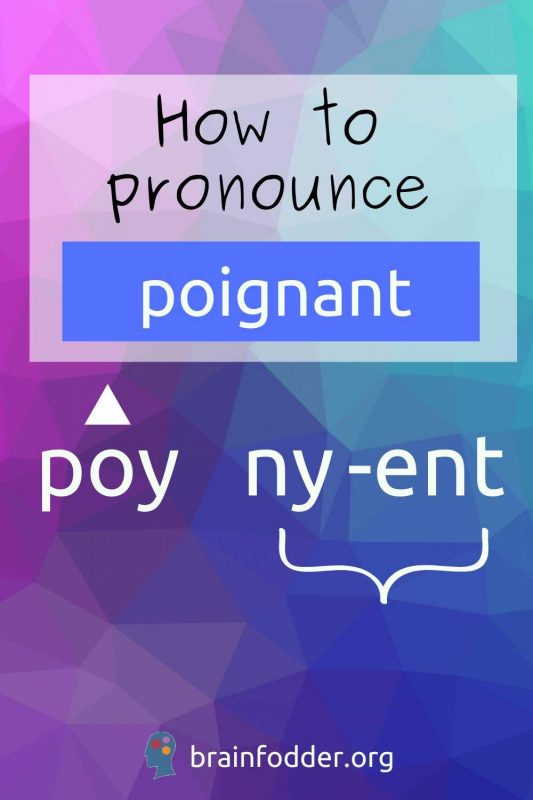 This is a real favorite of fine. Poignant is an adjective you can use to describe something that evokes deeply affection emotions.

Traditionally poignant has been used to express sad, or painful feelings, but it can also be used to mean something that’s pleasurably stimulating too.

Another use of poignant is when something is sharp and to the point,

How to use poignant in a sentence

There’s lots of ways to use the word poignant, here are some examples:

The musical score made the movie especially poignant

How to pronounce narcissist

The word narcissist is taken from the Greek myth of Narcissus who fell in love with his own reflection in a pool of water.

In modern language, a narcissist is someone who is extremely self-centered and has an exaggerated sense of self-importance. It can also refer to someone who suffers a psychological condition known as narcissistic personality disorder. There are plenty of examples of narcissists in the movies you can check out to see these types of people.

How to use narcissist in a sentence

Here are some sentence examples for the word narcissist:

She’s such a narcissist, always taking selfies wherever she goes

To a narcissist, his internal world is more real than the external world

How to pronounce ennui 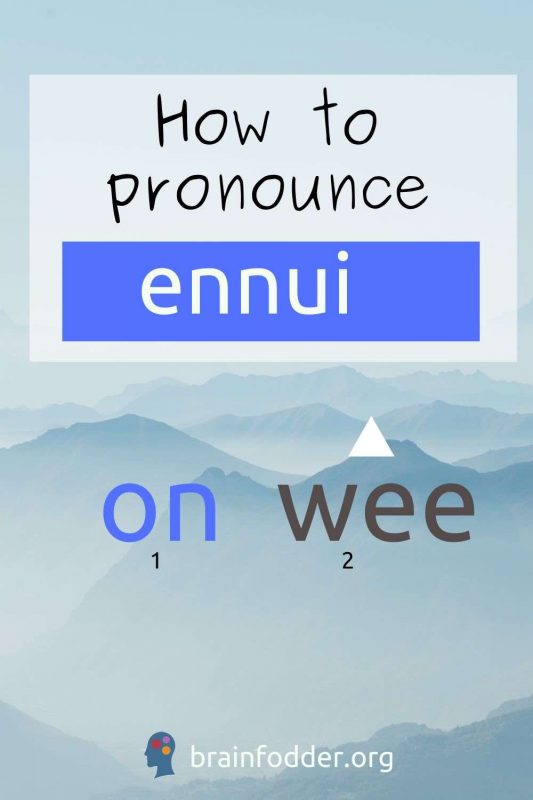 Ennui describes a feeling of listlessness, weariness or dissatisfaction. It’s a useful word to have at hand when you want to portray the mental and emotional tiredness caused by having nothing interesting or exciting to do, that sense you’re stuck in a rut which can have a negative impact on your overall wellbeing.

boredom, in the doldrums, listlessness

How to use ennui in a sentence

The documentary gave a haunting chronicle of urban ennui and claustrophobia

As soon as he took the podium, the crowds ennui transformed into enthusiastic applause