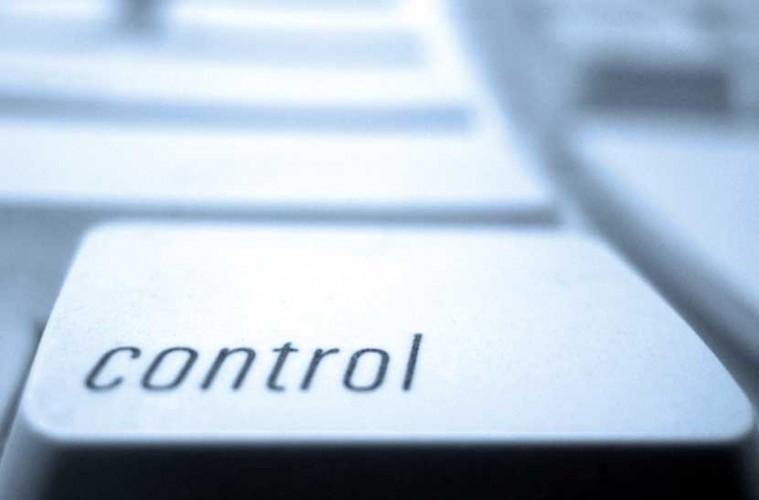 How to let go: A Roman Emperor on taking perspective

According to Marcus Aurelius, we can never fully be in control of events that affect our lives. We need to take a cosmic view

Hands up if you’ve ever been accused of being a control freak? Even if your arms have stayed put, there’s a good chance you might be one. Control freaks rarely recognise the trait in themselves.

In a piece at Inc magazine, Shelley Prevost listed 8 warning signs to look out for. These include perfectionism, dishonest ‘constructive criticism’, passive-aggressive ‘silent treatment’, unrealistic micro-management and a few more to boot. Ouch.. I’m sure lots of us have been there.

Whilst striving for perfection is not a bad thing in itself, unchecked perfectionism can lead to undesirable behaviours. Being bossy. Being overly critical. Always wanting things your own way. This type of behaviour wears people down and eventually leads to resentment, confrontation, or even worse.

So every now and then it’s good to remind ourselves that we can’t always achieve perfection, because not everything is within our sphere of control. Unless you’ve achieved the status of a god, you’ll have a hard time influencing the trains running on time, the weather, or your computer crashing just before you were about to press save.

Learning from the ancients

Sometimes we just have to submit to the laws of the universe. This was one of the founding principles of Stoic philosophy, a Greek school of thought originating around 300BC. The Stoics believed there is a larger meaning to events and lives that largely escapes us, because we too often get caught up in trivia and pettiness.

One of the most famous practitioners of Stoicism was the Roman emperor Marcus Aurelius Antoninus, who achieved pop culture fame in the fictionalised blockbuster, Gladiator starring Russell Crowe.

Marcus Aurelius’ legacy was that he would come to be idealized by the Romans as the perfect emperor, the embodiment of a wise philosopher king – and the last noble ruler before he was succeeded by his meglomaniac son, Commodus.

Despite having endured almost continuous warfare during his reign, having to defend the Empire’s territories against perpetual invasion from Germanic tribes, Marcus Aurelius is not best remembered for his military prowess, but his contemplative nature, a deeply intellectual man of a peaceful nature, who steadfastly held to his Stoic beliefs.

His most lasting legacy however is his collection of thoughts and reflections which later became known as the book, Meditations. Divided into twelve chapters covering different periods of his life, the book is written in the style of quotations.

A central theme of the book is the need to analyse our own judgments of ourselves and others and try to develop a more cosmic perspective.
Meditations has influenced generations of philosophers, writers and leaders for over 2000 years. United States president Bill Clinton said that Meditations was it was one of his favourite books of all time.

So next time you feel that life is getting the better of you, and events are spinning out of control, think about Marcus Aurelius and how he managed to command a warring Roman empire and still have a calm and contemplative perspective on life.

Here are some quotes from his classic book Meditations:

You cannot control the universe

“There is never any need to get worked up or to trouble your soul about things you can’t control. These things are not asking to be judged by you. Leave them alone.”

“Everything that happens happens as it should, and if you observe carefully, you will find this to be so.”

“If you are distressed by anything external, the pain is not due to the thing itself but to your own estimate of it; and this you have the power to revoke at any moment.”

“Accept the things to which fate binds you, and love the people with whom fate brings you together, but do so with all your heart.”

People are flawed. Get over it

“Humans have come into being for the sake of each other, so either teach them, or learn to bear them.”

“Your energy and time are both limited, so don’t waste them on what inconsequential people are doing, thinking, and saying, when you could be focusing on your own issues.”

“You have power over your mind – not outside events. Realize this, and you will find strength.”

Live for now, not the future

“Never let the future disturb you. You will meet it, if you have to, with the same weapons of reason which today arm you against the present.”

“Do not act as if you were going to live ten thousand years. Death hangs over you. While you live, while it is in your power, be good.”