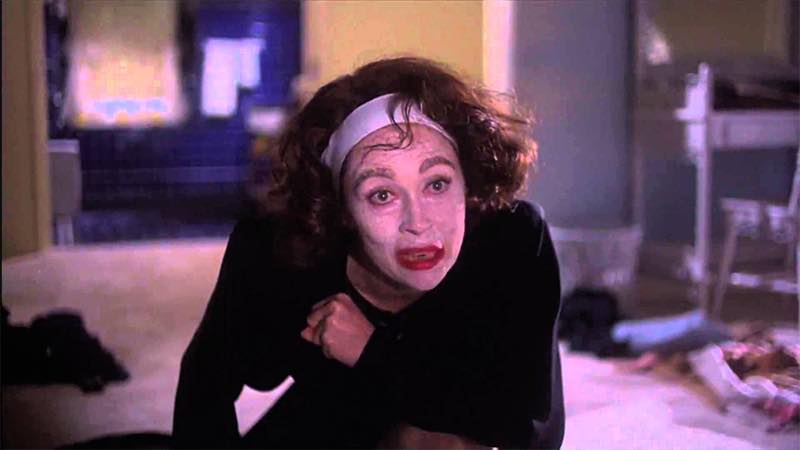 From gaslighting partners to abusive mothers, here are some of the best portrayals of narcissists in the movies:

Kane embodies every symptom of what modern psychologists would diagnose as Narcissistic Personality Disorder (NPD), which as we discover was brought about by early childhood trauma.

With an obsessive desire to make his mark on the world, Kane displays a self-absorbed, relentless determination to succeed, exploiting others along the way with no remorse.

Despite his immense talent and grand ambition, Kane’s lack of empathy leaves him unable to understand the concept of true and his ruthless pursuit of success and his ultimate downfall.

Citizen Kane is the archetypal cinematic portrayal of narcissist. A must see.

A classic study in emotional abuse and manipulation, this movie is also the origin of the term ‘gaslighting’, used in modern speech to describe someone who targets another to question their reality, sense of self and even their memories.

The psychological thriller stars Ingrid Bergman as Paula who returns home to live with her new husband Gregory(Charles Boyer). Slowly we discover her husband is using narcissistic gaslighting – hiding her jewellery, dimming the gaslights, telling her she’s imagining things – to convince Paula she is losing her mind.

As narcissists only value their own needs, these lies and manipulations come easy to Gregory. Coupled with a disassociation from empathy , Gregory will do whatever it takes to get what he wants.

Although NPD wasn’t officially designated until 1968, this dysfunctional, scary tale of two sisters is a perfect example of how the illness can stem from early childhood experiences.

Starring Bette Davis as ‘Baby Jane’ Hudson, a bratty, former child star with an inflated sense of self-importance, an alcohol problem and a huge chip on her shoulder.

Jane ends up caring for her paralysed sister Blanche, played by Joan Crawford, but is jealous of Blanche’s money, achievements and so, instead of sisterly love, she resorts to increasingly cruel and abusive manipulation of Blanche.

Blending black comedy, camp, psychological horror, the film is a wild ride and a frightening example of how fame, a sense of grandeur and stunted childhood can end up in mental illness.

‘Baby Jane’ actress Joan Crawford makes her second appearance in our list, but this time portrayed by actress Faye Dunaway in the real life story as an emotionally and physically abusive, narcissistic mother.

AlthoughCrawford was one of the highest paid Hollywood stars in the 1940s, according to her daughter Christina who wrote the memoir on which the film is based on, there was a side of her mother that no one else ever saw.

At home, Craford was an alcoholic, violent, tyrannical parent who terrorized her children for their entire lives.

Dunaway’s crazed but masterful performance perfectly captures the internal conflict of a narcissistic woman, angry and fearsome, but vulnerable at the same time.

In this dark psychodrama, Nina’s troubles are compounded by her relationship with her mother Erica, played by Barbara Hershey whose narcissism plays a key role in shaping her daughter’s descent into psychological illness.

A common trait of narcissistic mothers is that they want their children to be infantilized. We witness this with Erica constantly referring to Nina as ‘my sweet girl’ and in her mother’s controlling, micro-managing of every aspect of her adult life.

In addition, Erica spends all of her time self obsessively painting pictures of herself and completely infringing on Nina’s space and well-being.

In this family drama, a tragedy results in three daughters reuniting with their dysfunctional mother who has recently been diagnosed with cancer.

The narcissistic matriarch Violet Weston, played by Meryl Streep displays many classic NPD traits. Violet is addicted to alcohol and pills and the film shows the tendency of narcissistic mothers to twist the relationships with their children to satisfy selfish needs.

Violet’s tactics include gaslighting, guilt trips, manipulation and using her own stories about childhood abuse to excuse her toxic motherhood behaviour.

The film explores the impact on the children, one example being her eldest daughter’s (Julia Roberts) fears of becoming like her mother herself and thus repeating the cycle of abuse.

Adapted from a 1955 novel of the same name, The Talented Mr Ripley is the perfect example of the narcissistic personality disorder. Swinging between grandiosity and self-doubt, easy to be offended, but vicious in retaliation.

Set in glossy sun-drenched Italy in the 1950’s, the movie is a dark, compelling tale of Tom Ripley (Matt Damon) .A villain in disguise, Ripley is a liar and a thief, but brilliant and charming too.

Able to lay on the charm, he seems normal at first, but underneath his real aims are evil and manipulation.

Ripley swings between grandiosity and excessive self-criticism, a classic narcissist trait indicative of a lack of core self.

On the surface, a simple mystery about a missing wife, Gone Girl, based on a 2012 novel, slowly reveals itself as a tale of revenge, deceit and an unhealthy sprinkling of Cluster B personality disorders including NPD, sociopathy and psychopathy.

Leading character Amy Dunne (Rosamund Pilcher) who fakes her own death is a classic narcissist and loves being the center of attention when she watches the news coverage of herself while she’s on the run.

Add into the mix extortion, murder, and lying, Gone Girl is a gripping thriller that has you questioning what’s real and what’s not, and demonstrates how easily a narcissist can manipulate with a few mind tricks.

9) Anchorman: The Legend of Ron Burgundy

Will Ferrell’s iconic news man Ron Burgundy is an all time comedy classic who displays all the key traits of a narcissist – need for approval, inflated sense of self-importance, lack of empathy and a tendency to exxagerate their talents and achievements.

Set in a male-dominated 1970s, the story tells of Burgundy’s conflict with female anchor Veronica Corningstone who threatens to take his lead anchor spot. In this clip, Ron tries to stay relatively calm, until Veronica insults his hair…. crossing a line, at which point Ron completely loses it.

Unable to cope with such an existential challenge to his ego and supremacy, Burgundy gives us and opportunity to laugh and see how ridiculous the behaviour and beliefs a narcissist can hold.

Responsible for a thousand memes since its release, Zoolander is a comedic conspiracy caper, but essentially a satire on the fashion industry.

Directed by and starring Ben Stiller in the title role, Derek Zoolander epitomizes the insecure, grandiose male narcissist, with the need to be constantly acknowledged and flattered.

Whilst not a massive success at its launch, in the decades since, Zoolander has become increasingly popular, as a prescient commentary to the selfie generation that no one saw coming.

Zoolander is puerile and certainly not high-minded, but there are plenty of laughs at the expense of the hollow, fatuous world of high fashion. I”l leave you with a favorite quote “I’m pretty sure there’s a lot more to life than being really, really, ridiculously good looking. And I plan on finding out what that is.”

In this satirical black comedy, Nicole Kidman plays Suzanne Stone, a fanatically self-obsessed TV personality who will do anything to get ahead, including murder.

Stone’s sums up her mindset when early on in the film she proclaims ‘“You’re not anybody in America unless you’re on TV, because what’s the point of doing anything worthwhile if nobody’s watching?”
Kidmans’ portrayal of the heavily made-up egomaniac, who freely comments on other women’s looks, even made it into a scientific paper where she satisfied 8 of 9 criteria for narcissistic personality disorder.
Like Zoolander, To Die For predicted a future whereby narcissism would become an ever more common characteristic of media personalities.

In this historical epic, Daniel Day Lewis plays oil prospector Daniel Plainview at the turn of the last century, on a quest to explore the Western frontier in search of wealth and untold freedoms.

Plainview’s all consuming desire to succeed, fuelled by extreme narcissism, sees him cheat, lie, steal, murder and manipulate his path to success.

Plainview uses everyone around his to achieve personal gain, even his deaf son, whom he deploys to win the hearts of minds of land owners.

Also noticeable is the covert narcissist Eli Sunday, played by Paul Dano. Sunday an evangelical preacher on the surface appears modest, concerned only in spiritual matters. Whilst in reality, he is fragile, envious, self-absorbed and hides a secret grandiosity that he is better than all around him

An interweaving tale of nine characters whose lives are all connected to each other, Magnolia is notable for one of Tom Cruise’s finest performances as motivational speaker Frank T.J. Mackey

Arrogant, vulgar and greedy, Mackey uses his confidence and charisma to fool anyone into signing up for his dating seminars where he teaches men how to ‘tame’ women.

But deep down, Mackey’s narcissistic, misogynist traits hide the fact he may be more vulnerable than he appears.

Magnolia is a parable where childhoods are broken, subsequent lives damaged but all the characters are in search of love and forgiveness.

In this origin story of comic book villain the Joker, Joaquin Phoenix portrays a highly disturbed, damaged individual, Arthur Fleck, with a panoply of unspecified mental health disorders that lead him to the depths of villainous ruin.

Obsessed by his aspiring goals as a stand-up comedian, Fleck and his mother watch the same TV show, imagining himself appearing and getting everyone’s attention.

When he later eventually becomes a guest, his fragile self-esteem becomes apparent when no-one laughs at his jokes.

Joker is a dark, gritty, complex portrayal of a flawed man whose psychopathology leads into an ever downward spiral of violence and chaos.