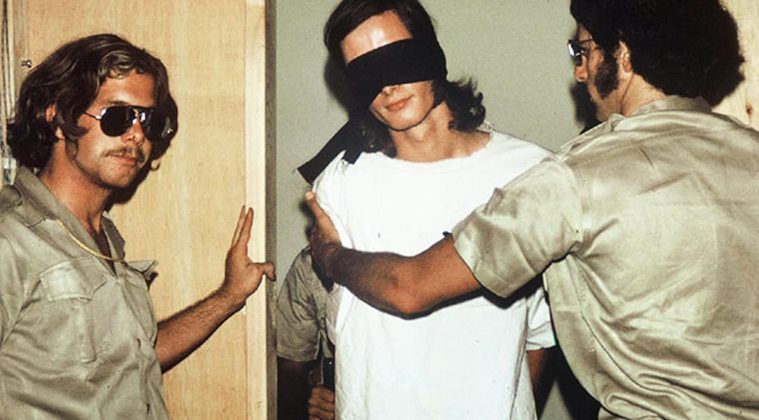 Although Dr. Zimbardo spent most of his academic life trying to understand evil in human behavior; his work has culminated into finding the hidden hero in us all.

“What happens when nice, normal people suddenly find themselves wielding enormous control over others; and are operating within ambiguous and uncomfortable institutions?”

Dr. Philip Zimbardo – the man who asked this question – is known for his work on how situational factors can impact human behavior. This most [in]famous of his ideas (inspired by the behavior of German soldiers who manned the gas chambers in Nazi concentration camps) consisted of a planned role-play experiment where healthy, emotionally stable college students acted as either prison guards or prisoners.

For this experiment, Dr. Zimbardo hired a group of college students after ensuring that they were all of sound mental and physical health. Then, some participants were randomly assigned to be guards in a prison setting; while the others were assigned to become the prisoners.

The students play-acting as guards were given uniforms and dark glasses to help them feel the role. They were also given the freedom to run the prison as they found fit, so long as they followed certain basic rules.

On the other hand, the participants acting as prisoners were “arrested” realistically, and were brought to the pretend ‘prison’ using authentic police cars. They were then were given a smock and a stocking cap to wear that served as their uniform.

The experiment was supposed to last for two weeks. But in a matter of days the situation devolved into an extreme one; with the guards using strict, often demeaning ways to keep the prisoners in control.

The prisoners, on the other hand, banded together to defy the guards, became hopeless, and suffered emotionally.  The situation was beyond control at this point – some of the prisoners had even had breakdowns. After only 6 days it became necessary to shut down the experiment.

Dr. Zimbardo, acting as the “prison superintendent”, agrees that he got just as swept away in his role. He allowed the guards to abuse their power and started to lose sight of what he considered acceptable. He even freely admits that it took an outsider – another graduate student and his then girlfriend- to make him realize just how far things had gone. This brilliant young lady – Christina Maslach – has continued to inspire him to this day as his friend and wife.

Years later, the participants in the experiment and the people around them are still astounded by the way things went awry so easily; and how they all got swept up in the situation. They view it as as a powerful reminder of how our understanding of power and institutions can skew our moral compasses.

The Stanford Prison Experiment received an avalanche of attention. There are heavy criticisms levied against it; but there is also a lot to learn from it. Some of the most commonly cited criticisms regarding the Stanford prison experiment are:

But beyond these criticisms, the debate has always been whether the Stanford Prison experiment gave proof for individuals’ innate ability to abuse power; or whether it is the systems and institutions that promote ruthless behavior through implied (or even explicit) expectations.

Some clarity comes from a variation of the study conducted by the BBC. In this version, guards were required to decide rules before the experiment started; while prisoners were given the hope of moving out of their roles.

The BBC study found that when guards could not improvise to respond to chaos; they became unable to maintain order. On the other hand, prisoners started acting in cohesion and made demands for care and privileges.

Taken together, these two studies suggest that institutions and roles – and the expectations associated with them – play a huge role in how we behave. When higher authorities set expectations for us; it molds our choices and behaviors.

In all its inelegance, and in spite of the questionable ethics; the prison experiment did raise a number of questions about situational factors and their impact of everyday, unassuming people. These questions have since spearheaded both research and reform. It had done something that would never be possible today – put people in bad situations and saw their behaviors turn bad. For this alone, the Stanford Prison experiment stands alongside Milgram’s equally unethical experiment on Obedience, and Asch’s elegant analysis of Conformity as one among the most honest mirrors to human behavior.

It has even inspired a movie that follows the experiment most authentically. More so, because Zimbardo consulted closely with all aspects of the movie; even those parts that depict him in rather unfavorable light.

The Banality of Evil

Perhaps the most important contribution of the prison experiment was affirming the Banality of Evil – an idea that the most evil actions come not from twisted personalities; but relatively regular people who (often thoughtlessly) exist in an environment that allows (and even rewards) terrible actions. This notion was first introduced by Hannah Arendt in 1963; and the prison studies reinforced her assertion that for the most, there is nothing exceptional about the people who do evil.

The banality of evil is a concept that is often misunderstood to be a justification of horrific actions like the holocaust. But in truth, it warns us of the evil hidden in mindlessly following popular opinion or political agenda – whether through action or inaction. Zimbardo’s book ‘The Lucifer Effect‘ continues the discussion on how systems and circumstances can bring out the devil in any of us.

When Zimbardo was asked to help understand the horrific actions of US soldiers in Abu Ghraib, He used the results of the prison experiment to draw parallels. He has always been careful to avoid condoning any actions; but urges people to consider how systems and structures can (often unwittingly) encourage bad behavior that then just gets worse because of the same situational factors.

Beyond the Prison walls

Perhaps what drives Dr. Philip Zimbardo is the need to understand all forms of uncommon human behavior – things that are not easily explained away. His research and teaching has spanned shyness, evil, terrorism, experience of time, ethics and politics, proactive and heroic behavior. He has also been very active in making psychology accessible to the public, and in spearheading social reforms that could make prisons and war zones less harmful and more productive. His book ‘The Time Paradox‘ discusses different perspectives that people use to understand their own lives and the paradoxes inherent in using these different perspectives. The book tries to explain how we over or under emphasize certain aspects of our life; and how time (and our perception of it) impacts our choices and behaviors.

While Zimbardo dedicated a lot of his career to make sense of evil; today he strives to understand and encourage the most positive of human traits – Heroism. To this end, he has been closely involved in two notable projects the Heroic Imagination Project (HIP) and the Bystander Revolution – that enable the everyday school student and adult to break away from the crowd and make a positive impact on the people around them.

Zimbardo finds it fitting that most heroism is as banal as evil. It is usually the most unassuming of people who choose to act in heroic ways. These every-day heroes even seem to be inspired by just the same circumstances that could encourage evil or neutral behavior. To Zimbardo, this suggests that if we just encourage the best in people, and give them enough role models; they will be inspired to unleash the heroes that are hidden inside them.

In line with so many hero stories – be it Harry Potter or the Avengers – everyday heroes work most effectively in a supportive network. They flourish around others who encourage them to explore the best sides of themselves. The HIP aims at creating such support systems around us all. This team is conducting extensive research into situations that encourage people to be proactive. They are also involved in creating awareness of the systems that hold us back and conduct courses in helping people shake off the effects of the bystander effect, conformity, and other situational factors.

The Bystander Revolution on the other hand, is an anti-bullying movement that encourages people to stop holding back and stand up for victims. Knowing that the most difficult thing to do is to speak up; the Bystander Revolution team has developed an interactive weekly challenge that introduces proactive habits through simple and fun activities. They believe that just like all other habits, being socially conscious can become a default choice in people.

And if enough people are in the habit of helping others, we can create the network of support that everyday heroes need.