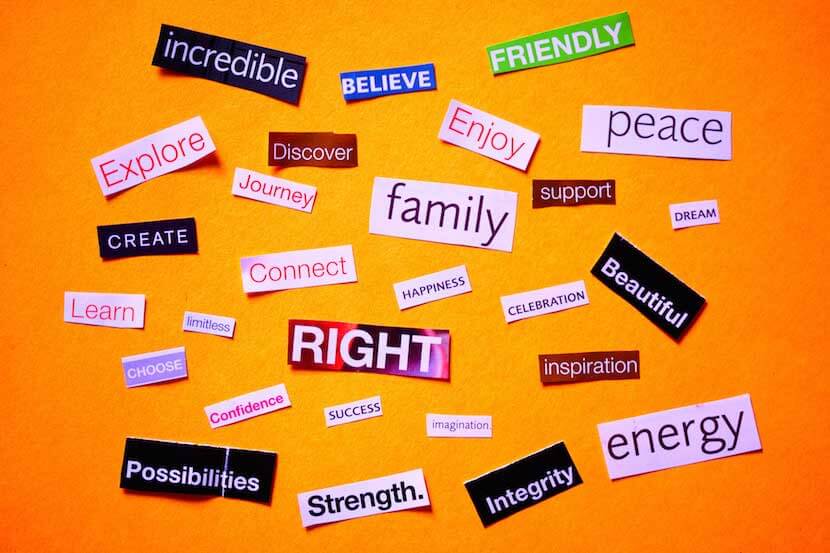 The verb ‘to be’ distorts our perception of reality

Simple changes in your speech and writing can have transformative effects on the way you perceive the world and how others perceive you. This communication hack from an obscure, but influential Polish aristocrat should certainly get you thinking.

Alfred Korzybski, a Polish emigre to the USA, was a polymath and independent scholar who developed a philosophy called General Semantics. Largely forgotten these days, in the mid 20th century Korzybski was famous, inspiring a legion of followers with interests in areas as diverse as literary criticism, philosophy, linguistics, psychology, and cybernetics.

The map is not the territory

Korzybski’s most memorable ideas is that ‘the map is not the territory‘. Korzybski’s maps include our opinions, experiences, background – all the things that influence how we perceive and understand the world. 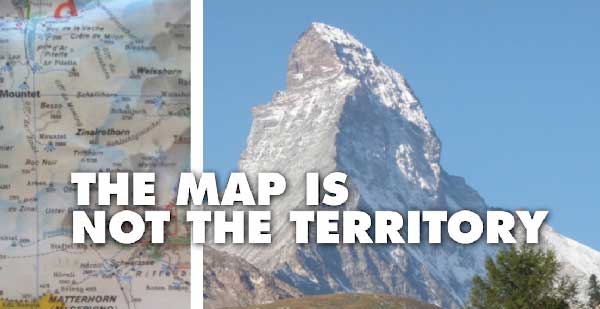 However our maps are always selective and highly subjective. What I think about a politician is not who the politician is. Nevertheless we constantly rely on our maps to help us make decisions about our lives. And when misperceptions conflict with reality, this causes misunderstanding and conflict.

According to Korzybski, understanding how we use language was key to avoid these conflicts. And one word in particular seems to get in the way.

Getting rid of the word ‘is’

Korzybski said that using phrases “I am, he is, they are, we are“ promoted a kind of insanity as it reduces complex ideas into single, simple concepts such as “he is a bad person”, “she is ignorant”, “they are unfriendly”. 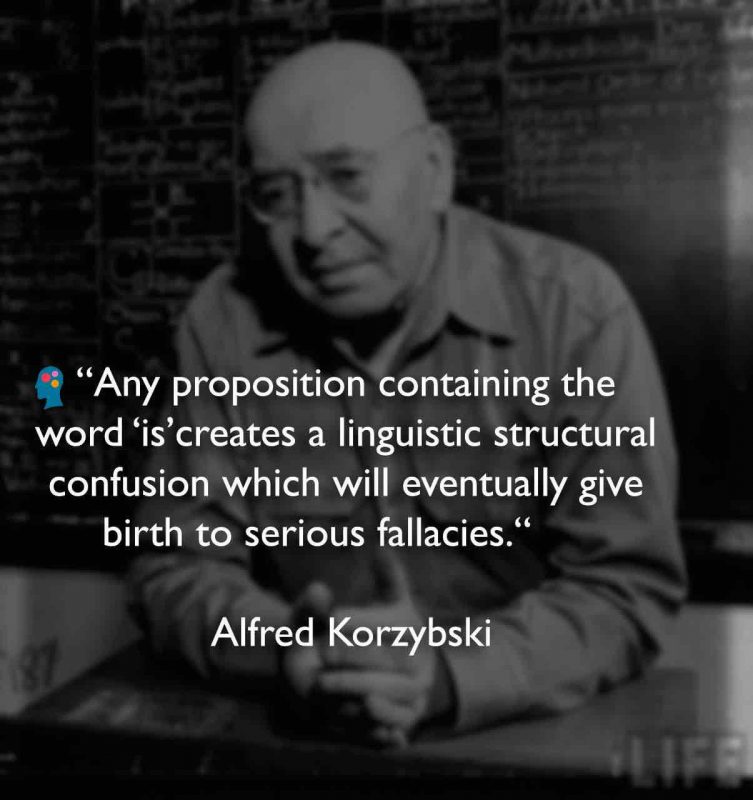 Korzybski proposed a radical solution for avoiding the kind of traps these types of thought/speech patterns can cause. He suggested that if we stop using the verb ‘to be‘ as a way of describe people and things, we can change the way we perceive the world. As Oliver Burkeman in the Guardian explains

“To think about and function in the world, Korzybski said, we rely on systems of abstract concepts, most obviously language. But those concepts don’t reflect the world in a straightforward way; instead, they contain hidden traps that distort reality, causing confusion and angst. And the verb “to be”, he argued, contains the most traps of all.”

In 1965, Korzybski, David Bourand, a student of Korzybski  took this idea a step further by proposing a new dialect of English he called “E-prime.”  E-prime focuses entirely on eliminating the “to be” verbs.

Getting rid of “is” forces you to stop thinking in terms of generalizations such as “my neighbour is lazy” and instead forces you to think in more accurate terms closer to reality. Whilst this might seem trivial, we know that words can have powerful psychological effects and changing your speech and thought patterns can make a big difference as Joshua Cartwright explains:

“consider what happens when you say “I AM a failure.” You equate yourself fully and completely with the idea of failure.  No wiggle room. This X = Y creates all kinds of mental anguish and it doesn’t need to because we never can reduce ourselves to single concepts. “

So in E-prime, you might say something like “I feel like a failure” or “I have failed at this task” which creates less of a sense of permanence, and opens the possibility for addressing the problem.

It affects your writing too

It’s not just speech were the word ‘is’ can trip us up. It affects our writing too.  Some of the negative outcomes of relying on ‘to be’ include:

So how do you get rid of ‘to be’? In some cases you can just simply remove it. So a sentence such as

“Anyone who is willing to work hard will succeed in this program” becomes:

“Anyone willing to work hard will succeed in this program.”

Or you can replace it with an action verb, so:

“She is a slow thinker,”  becomes “She thinks slowly.” Likewise

“we are in agreement” becomes “we agree”.

When you stop relying on ‘is’ in your writing you’ll find the following things happen:

As you work to remove “is” from your language, you’ll start to become more aware of the reality outside of  your own internal maps and perceptions.

And when you move away from these biases and generalizations, you can start accepting others based on what they actually do, say and think rather than on what you think they “are.”