If you want to know more about philosophy but don’t know where to begin, here are some practical tips to get started. 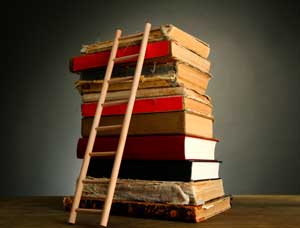 There’s an unfortunate perception that philosophy is, by nature, obscure, difficult and inaccessible for the lay reader.

But whilst it’s true that a lot of texts are extremely hard to fathom, philosophy is not just about abstract academic debate and ivory towers.

Philosophy can enrich the lives of anyone with a thirst for knowledge or self-improvement. As the Roman statesman and philosopher Cicero said;

“If we are trying to achieve mental enjoyment…or relief from trouble, the findings of philosophy are of incomparable value because the people who practice this study are perpetually searching for the things that produce a good and happy life.”

Indeed, in Ancient Greece and Rome, philosophical inquiry was widely encouraged as a practical life skill. In  modern society, the opposite seems to be true. Philosophical topics are rarely discussed in mainstream discourse – mind numbing headlines and celebrity gossip typically dominate all the news.

Neither is philosophy taught in most primary or secondary schools, despite the many positive benefits it has on student’s cognitive development.

This is a sad state of affairs. In addition to the cognitive and critical thinking benefits that philosophy promotes, wisdom is its own reward.

Socrates was the father of Western philosophy, and he influenced almost everything which came after him. For Socrates, philosophy was not a dry academic pursuit, it was a way of life and he believed that “The only true wisdom is in knowing that you know nothing.”

It is this spirit of questioning which compels us to seek out answers to the big questions, and to continually re-examine what we think we know.

So, if you’re interested in philosophy but intimidated by the breadth and complexity of the topic, here are 6 practical tips to help make learning philosophy on your own as straightforward as possible:

Start from a position of ignorance

Socrates developed a way of inquiring about the world by asking participatory, open ended questions – which is still popular today through groups like Socrates Cafe. You can learn more about the Socratic Method here.

Starting from ignorance is helpful because our tendency as humans is to become entrenched into stagnant or uncompromising belief systems. It takes a certain amount of humility to admit that you don’t know or that you might be wrong about something. But no real growth is possible without self examination.

Philosophical works can’t be read in the same way in which you might sit down to enjoy a bestselling novel. Formal arguments are built on multiple assertions (called premises). If you don’t understand the reasoning for an argument, it is harder to understand the author’s conclusion. This video is a great introduction to basic logic.

Your goal should be a slow, close read of the text digesting one paragraph and concept completely, perhaps making notes if you need to, before moving on to the next. This close read is an accomplishment that is worth the time you invest in it. Its incredibly satisfying when you reach the end of a book. You can do it!

Read when you are most alert

Start reading at whatever time of day you concentrate best. When are you typically most alert and and productive? Get yourself caffeinated with a hot beverage if you need to.

We are talking about reading some challenging material here (some much more so than others), and it helps to approach your study when you are fresh and in the best frame of mind to promote understanding.

Pick whatever interests you the most

And start with that. Philosophy is divided into several branches. A good overview of these sub-disciplines is located here. Ethics is the study of morality. Logic has to do with the structure of arguments. Metaphysics involves the ultimate nature of reality. Epistemology questions what we know and how we come to know it. Aesthetics is inquiry about art and beauty. Political philosophy deals with government, justice, and so on.

Some philosophical works focus on all of the above. It’s a good idea to take a careful look at the table of contents of whatever book you want to read. This will give you an overview of the book and where the author is going, so there won’t be any surprises halfway through.

Get a philosophical dictionary

One of the more challenging aspects of reading philosophy is that philosophers use terms in different ways than in every day speech, and the meanings often change over time. A philosophical dictionary will explain what the terms mean. It will also help define the nuanced differences between the branches of philosophy. Understanding the context of ideas is helpful for you for a reader. This great philosophical dictionary is available online.

Familiarize yourself with the history of Western Thought

You don’t need to spend a lot of time on this one. But if you have never studied philosophy before or you need a refresher, its helpful to know where various thinkers fit in on the time line of history and what ideas shaped the world as we know it today. Philosophy Pages has a good overview of the history of Western philosophy.