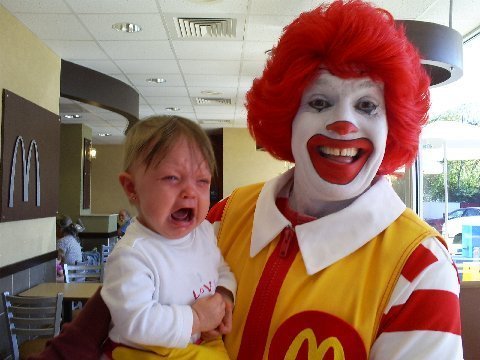 Clowns are supposed to be funny, entertaining, and lovable. Unfortunately, adults and children alike seem to frequently dislike, if not fear clowns.

The phenomenon is so widespread it even has a name. Around 12% of Americans suffer from coulrophobia  – a debilitating phobia that makes it impossible for the sufferer to interact with clowns or to control their fear around them.

In recent years the scary clown has become a meme in itself, helped along by horror movies and prank videos that attract millions of viewers.

Thankfully this fear of clowns is slowly being recognized among adults and children as a genuine phobia. But what is it about clowns that we find so scary? To answer the question let’s first take a look back in time.

A history of clowning around

Clowns have existed in some form through most of documented human history, including ancient Egypt, imperial China and medieval England. But for the most part, the jesters and fools that preceded modern clowns were far less innocent than they are today.

They were noticeably present in the courts of royalty and in public places. The jester’s role was to provide a social commentary, using dark humor to poke fun at the powerful, the sacred and even the commonplace.

The jester would perform caricatures of recognized social figures; raise questions about the choices and decisions of the powerful and was even a voice for the commoner. Inevitably, this humor was as layered and complex as it was funny.

In the mid 1800’s Joseph Grimaldi formed the basis of what we perceived as the modern day clown. He poularized the painted, ever-happy clown’s face to London’s masses; and brought to the stage a comedy that appealed through its physical, slapstick nature. 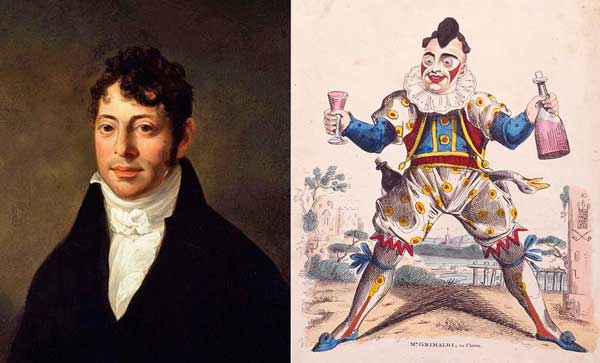 Joseph Grimaldi, in and out of costume. Images via Wikipedia Commons

But his fame ensured that people also knew of his tragic personal life. Grimaldi suffered from depression and alcoholism, saw tragic losses, and eventually died broke and broken. He thus also shaped our notion of the clown who hides a deep sadness.

Across the English Channel, Deburau, a contemporary of Grimaldi became famous for his reworking of Pierrot, a pantomime character stretching from the 17th century to the present. Deburau brought a lot of nuance to the clown’s act, but eventually he became as well known for his temper as he was for his comedy.

During the 1950’s, clowns became appropriated for children’s entertainment. They were now expected to be innocent, loving, and silly; as well as funny and happy. They became a staple in circuses, in children’s television programs, entertainment parks and of course, via Ronald MacDonald.

Although the clown image caught on like wildfire, it soon became tainted too. Pogo the clown was the stage name of John Wayne Gacy, an infamous child murderer who abused his position to gain access to children before he was eventually caught and convicted.

The real-life horrors of Gacy’s crimes, and the wide press surrounding his case paved the way for the modern trope of the scary, sinister clown.

In spite of such incidents, the clown was rapidly gaining popularity with most children centric places and events. But often, clowns had little training and could act in ways that scared the very children they were meant to entertain.

While a trained clown can use his makeup to communicate and express; an untrained person’s make-up can come across as a mask that hides their “real” face and intentions. This lack of facial feedback, especially in the case of young children is unsettling and disturbing; the real emotions of the ‘happy’ clown remain hidden and elusive.

The media has played up the scary clown for a long time. Most of us have grown up with popular books, movies, TV and comics that have twisted the clown into an evil, demented, and frequently homicidal character.

The 1990’s TV adaptation of Stephen King’s novel, IT was one of the first popular depictions the scary clown meme. Tim Curry played Pennywise the Clown, a demonic ‘entity of evil’ that preys on children. The character, who looks positively innocent by today’s standards was modelled on Bozo, a famous TV clown of the 1960’s, and McDonald’s mascot Ronald McDonald.

Suffice it to say the evil clown is now a well established character in modern pop culture, from Hollywood, to reality TV, cosplay and even the world of professional wrestling.

Notably examples are the Joker from the Batman series and more recently, 2015’s runaway TV success American Horror Story, featuring Twisty, a truly horrific creation who also happened to be a serial killer. 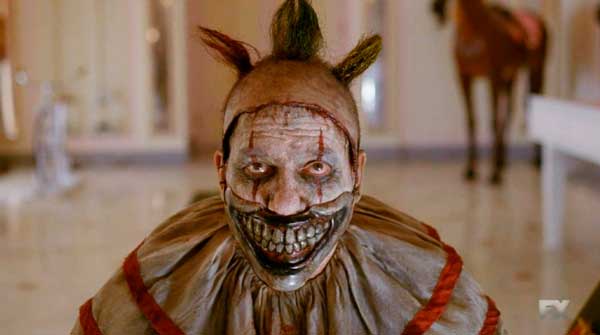 If all this were not enough to cement the notion of clowns being evil, the Florida resident who dresses up as Wrinkles, a professional scary clown who you can hire to frighten misbehaving children, should you feel the need to traumatize your kids.

Professor Andrew Stott pins part of the blame on our fear of clowns on increasing urbanization and a general paranoia about stranger-danger and the safety of children. Speaking to the Telegraph he say  “We’ve come to question the sexual motivation of somebody dressing as a clown, of grown men who choose to dress in a full clown costume,”

Another reason for the fright factor is that children who interact with clowns in public places might simply be suffering from sensory overload, the noises, colors, and bizarre behavior that’s a natural part of any clown’s performance.

Coupled with the inability to read the clowns ‘true’ emotions, this could be one of the reasons why many young hospital patients interviewed in a study published in the Nursing Standard found that clowns were ‘frightening and unknowable.’ 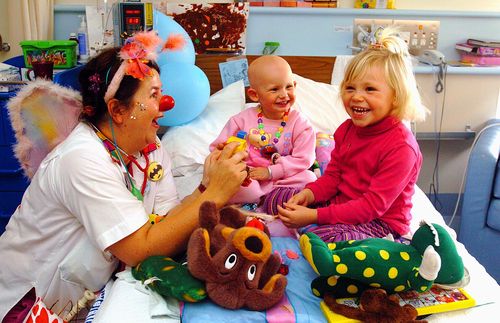 It’s not all bad news for anyone who aspires to be a clown. They are not universally disliked. Well trained, professional clowns can put people at ease, make them happy and feel less distressed.

Trained clowns can not only entertain, they’ve also been shown to help reduce anxiety in hospital patients. Therapy clowns help in preparing children for operations, and make them feel less stressed. They can even enhance the speed of recovery in children.

These are clowns who can communicate empathy and affection, rather than using their makeup to hide behind.

You see. Clowns don’t have to be scary after all 🙂