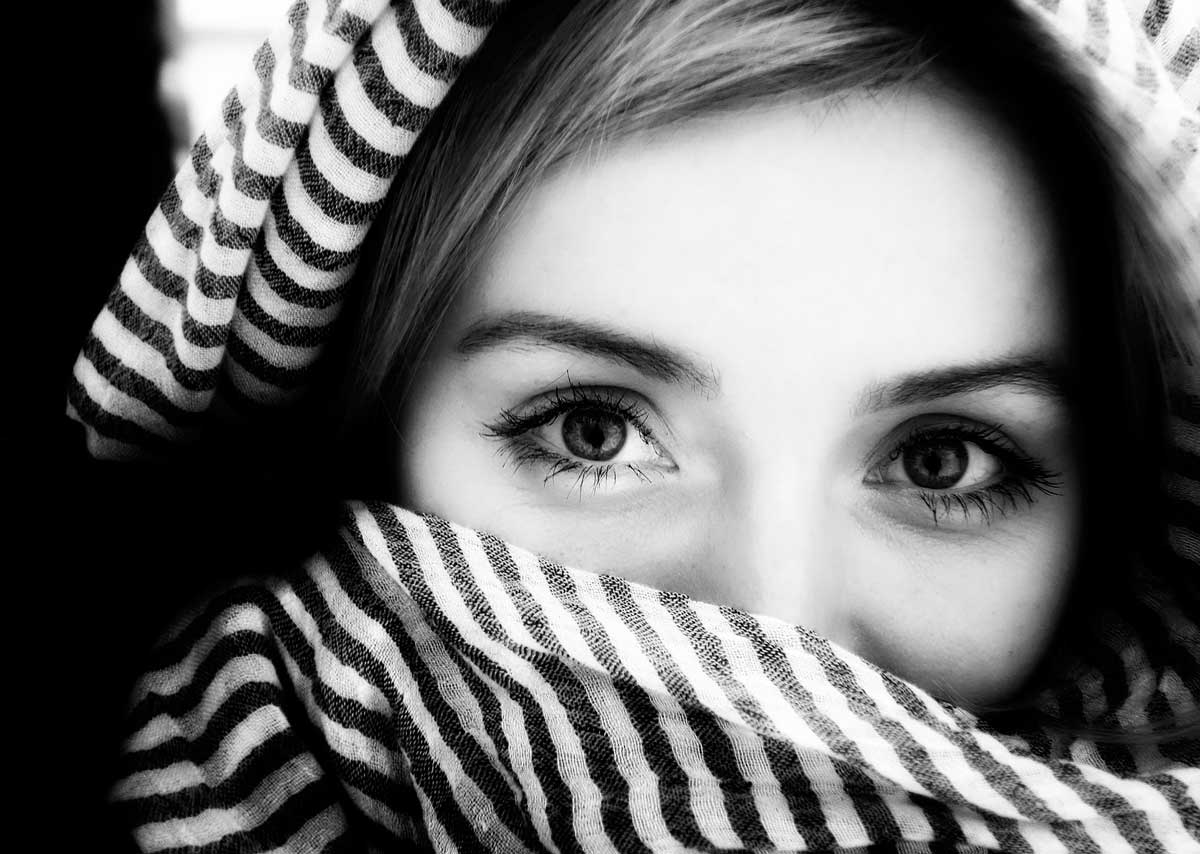 What can modern scientific research tell us about the mysterious power of the gaze?

The eyes are called the windows to the soul. They have fascinated thinkers and creators throughout human history. The human eye has been a symbol for gods, for truth and wisdom, and even for power.

Poets have waxed eloquent about the effects of looking into a lover’s eyes; and science fiction has obsessed with the hypnotists’ gaze and it’s ability to control people.

In spite of humanity’s obvious fascination with eyes and their powers; scientific research has only recently focused on the impact of eye contact. Some of the findings agree with traditional ideas.

The human gaze apparently does tell us a lot about the interaction between two people. People who establish and maintain eye contact seem to trust each other more; are more likely to believe each other, and more likely to agree with each other – at least for the time being.

Eye contact and gaze also tells us who is dominating the conversation, and whether two people like each other. Like with many other mammals, the individual who first establishes eye contact is usually the more powerful/dominant person; while the one who is unable to match their gaze is lower in hierarchy.

Constant and unwavering gaze is also a sign of attention. People naturally tend to look at the person they are speaking with; or listening to – if they are actually involved.

People also report that it’s easier to pay attention to someone when they can make eye-contact. This means we can tell how attentive or how involved people are to each other just by the extent to which they meet each other’s eyes.

The direction and duration of eye contact indicates more than just attention. It can also tell (or at least we think it does) how confident a person is; how aggressive or avoidant they are; how much we should trust them; and even how attractive we find them.

The eyes help us to remember

Some researchers have found that when people share eye contact, they recall conversations with greater accuracy and agree more with the speaker. Even thinking that the speaker is looking at us can encourage us to remember things better.

On the other hand, when we think that someone is avoiding eye contact with us, we are less likely to remember what they say.

One possible reason for this is that eye contact is a cue that we are the actual, intended recipients of some information. Thus, a direct gaze motivates us to pay more attention to the message; since it feels like a personal communication.

This also means that when someone does not/cannot maintain eye contact, we don’t feel as compelled to remember the information. This phenomenon even applies when the communicator is not human. In one study, people registered more agreement when a story reading robot made “eye contact” with them, as compared to when the robot faced away from them.

It’s also about ‘who’ meets the eye

A person who can’t (or won’t) meet one’s eye for any reason is usually viewed as suspicious and problematic in most Western cultures. But that’s just us – today. Other cultures and times have had wildly differing norms. In fact, there seems to be unsaid rules about who is ‘allowed’ to meet another’s eye.

Throughout history, commoners were (and still are) expected to avoid eye contact with royals in a monarchy as a sign of respect and deference.

These ideas have left their traces in modern day norms as well; with women and people of lower ‘class’, ‘competence’ or ‘value’ being expected to maintain lesser eye contact than ‘socially dominant’ males.

When such a person – say a new female recruit – maintains a constant gaze with – say an older, senior official – this could be considered aggressiveness, or even a challenge to authority.

If all this implicit communication were not enough, our eyes can also mess with people’s minds. Literature is replete with examples of “intoxicating eyes“. But there may now be some evidence to back up such claims.

An Italian researcher recently found that when people gazed steadily into each other’s eyes for a few minutes, they reported many interesting effects.

People found that sitting in a dimly lit room and staring into another person’s eyes for 10 minutes caused them to experience hallucinations,  distorted vision and even monsters, instead of the face of the partner sitting opposite them.

Other participants in the experiment reported that they saw their gaze-partner’s face become twisted and distorted, that things around them were unreal, or that they were having slight memory issues.

Could the Troxler Effect be to blame?

The visual distortions that these people experienced can mostly be explained by the Troxler Effect – an illusory effect that occurs when we fix our gaze on something. When we stare at a single point for a long time, our eyes do not receive adequate new stimulation.

This leads to what is called neural adaptation; which basically means that the lack of new information makes our visual neurons get bored. Now, since all our attention is focused on one point; the items in the periphery of our vision now seem to fade away as our brain stops noticing them (they aren’t changing, after all).

As an example, in the picture below, you see a grey dot surrounded by pink dots. But if you fix your gaze at the grey dot, the pink dots seem to gradually disappear. But if you blink your eyes, or look away even slightly, they instantly appear.

These are temporary effects of course! But while they existed; they mirrored the effects of drugs like alcohol and even LSD. Previous research has shown that similar (but weaker) effects were also seen when people stared into their own eyes in a mirror.

The video above is another striking example of how optical phenomena can distort our perception of reality. If you watch the full 1 minute video in full-screen then look around your room you will see the world around you morph and bend in a ‘trippy’ Salvador Dali-like way. (WARNING Please don’t watch if you suffer from epilepsy)

These can be induced even with non-human stimuli; but the effects are again less pronounced. There seems to be something about staring into another person’s eyes that just cranks things up a notch though.